When we woke up on Day Four, S told me straight away that she wouldn’t be able to walk any further. She had overdone it, causing huge clusters of blisters and also not slept, eaten or drunk enough so she felt really run down. She had been a right little trooper, but the Camino can drain all your energy in the first couple of days. Added to that is the adjustment to the daily regime, the heat and the constant feeling of stress, mentally or physically, of having to walk a certain distance or get somewhere in time to get a bed. This is true for everyone to a varying degree, not just her or us, but I suppose for me it was easier to deal with it because I have felt it before and know that I will still get there.

There was nothing that could be done with those blisters though. One of the hardest Camino lessons is learning when to accept that you have to act according to reality and circumstances and not hopes or wishes. The best way to do yourself a proper injury is to ignore that insight and press on regardless. I have seen so many people get bad blisters, shin splints, achilles problems, heat stroke, dehydration and joint pains from trying to keep up with friends, hurry to fit a schedule, wanting to get somewhere else rather than resting up where they are. Or just the pressure of achieving a self-imposed goal or result. It is never worth it. Does that sound harsh? Well, I happen to think so. Injury is the body’s way of saying you are not treating it right and the best way to deal with it is to seek help, get a taxi, stop and rest – you can catch up with your friends later, but if you get shinsplints that’s you in a chair with a bag of ice not going anywhere for a couple of days.

Anyway, I still felt I had unused kms in my legs and we decided that I should go on to Arzúa, 15 kms away, and that S would rest, have a good breakfast, maybe buy some comfy shoes and lots of foot fixing stuff in the farmacia, and that she would get a bus or taxi at her leisure and meet me there. Then we would decide what to do. So I packed my bag and borrowed back my Pacerpoles, and off I went out of Melide.

It was perfect walking weather for a brisk stroll and with my Pacers I flew along the trail! By the time I decided to stop for a second breakfast at the German place, who else was sitting there doing the same but … the German pilgrim who apparently had stayed at the same hotel the night before! His walking companion had also decided to stop due to a bad knee, so he was walking on his own. We carried on from there, and soon got a message saying his friend had met mine outside the hotel and they decided to share a taxi from Melide. See? Camino magic right there. The German pilgrim walked at pretty much my pace too so we walked well together. I stopped at the last albergue in Boente as per usual to offer the Man with the Beard (go in there and you’ll see what I mean) a drink for adding to our credencials when we were on our Honeymoon Camino and had run out of space and could not find another one. He had a photocopied credencial grid in a drawer and trimmed and spliced it to ours with tape. I have stopped there every time since and will continue to do so. My German walking companion was not prepared for the ski and camera museum inside! 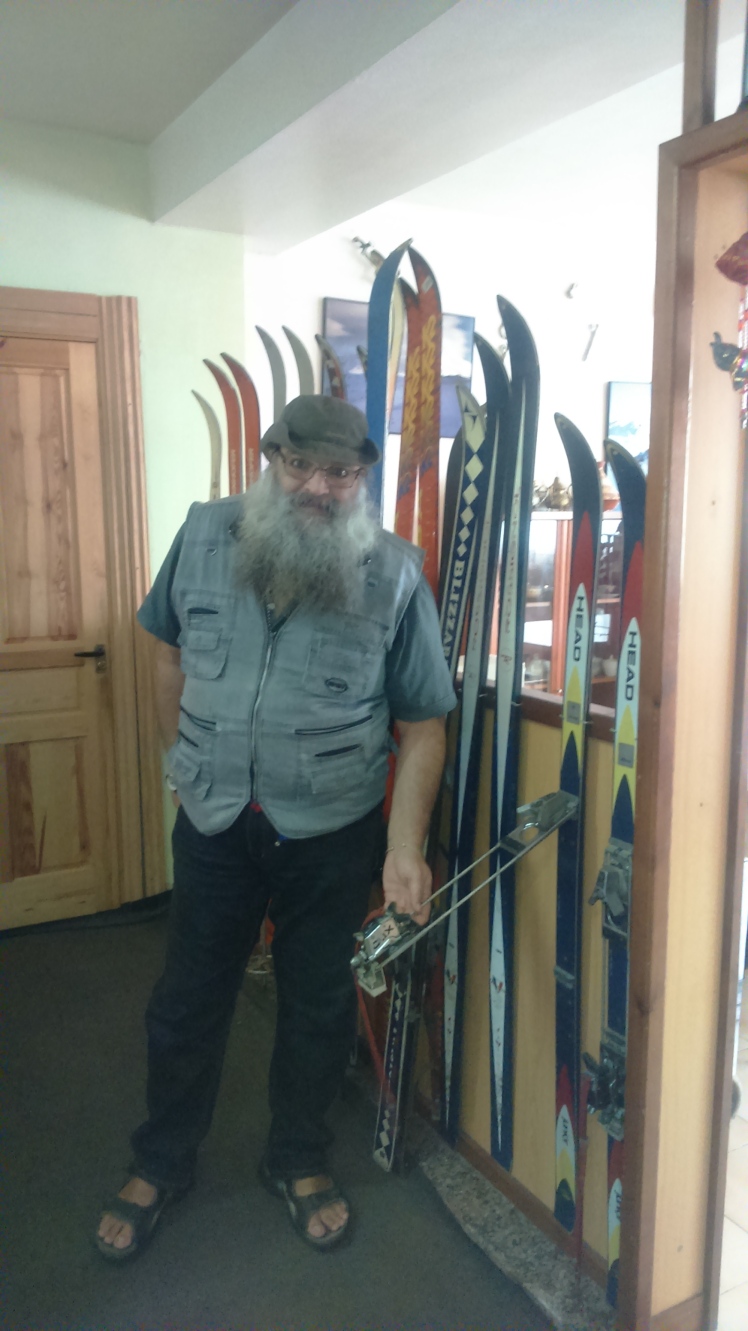 As we arrived at the outskirts of Arzúa we both got messages that our friends were in town and where. Unfortunately as I walked off to the place where S was waiting, thinking the German pilgrim was behind me, we got separated and I never saw them again. They did help us no end though by first mentioning the hotel they stayed in, which made us go there, which meant S got a lift when she really needed it. And I got company on my speedwalk to Arzúa. Next would have been the long forest road towards Salceda and I really hope he enjoyed it while his friend went straight to Santiago.

And after a quick meal and some menú vino, S and I also bade the Camino farewell and took the bus to Santiago for some photo safari and sightseeing – and the botafumeiro mass.

A stream of consciousness

With my new novel Lost in the Fog soon-to-be published, in September of 2019 I embarked on a four month trip to France, Spain, Portugal, and the Caribbean. The main reason for the journey was to hike the Camino de Santiago, a 550 mile pilgrimage. With this blog, I am excerpting from the journal I kept. As David Lynch once said "getting lost is beautiful".

Future Camino Journey and who knows what else
Camino Ramblings . Com

a few of my thoughts whilst walking