I have just returned from my Sarria to Santiago walk with my friend S, who is a first timer and wanted to take this opportunity to experience the Camino and also get a Compostela in the Year of Mercy. We initially planned on walking the Ingles, but changed to the Frances due to the expected higher number of pilgrims and because the CF offers more flexibility because there is more accommodation and more places to stop along the way.

After weeks of increased training kilometres and constant Fitbit challenges to inspire more walking, we set off to Santiago in late April. It had been raining constantly for a week – I was following other pilgrims on Instagram (thank you, Les!) to keep an eye on the state of the trail – but as soon as we arrived the sun broke through the clouds (nice one, Jimmy!). We had booked the first two nights’ accommodation in Sarria and Mercadoiro, and managed to get the bus to Lugo almost immediately after landing and then the first local bus to Sarria, so we were checked in at Albergue Matias and sat down in the Matias restaurant in the early evening.

The day after we set off for Mercadoiro, a walk of 18 kms, which was the minimum and average distance we had to cover every day for 6 days to get there for the Pilgrim mass in Santiago on Friday at seven, when the botafumeiro would be swung. 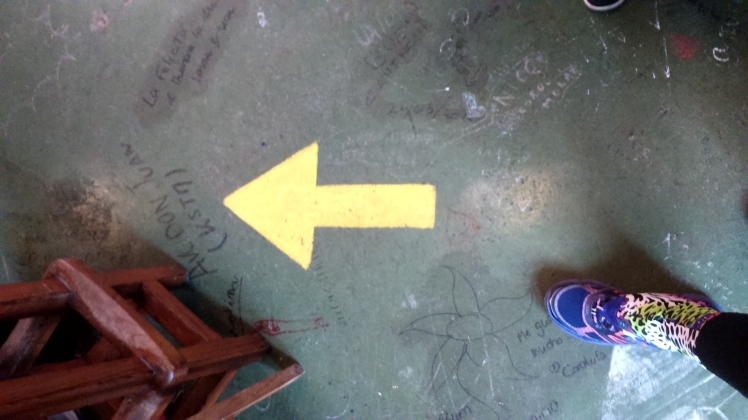 The weather treated us well and there were many photos taken along the beautifully lush Galician countryside. I am always amazed at how quickly you go from being in town to finding yourself in a completely rural landscape. Cross the bridge and it’s like a different world (apart from crossing the train track). 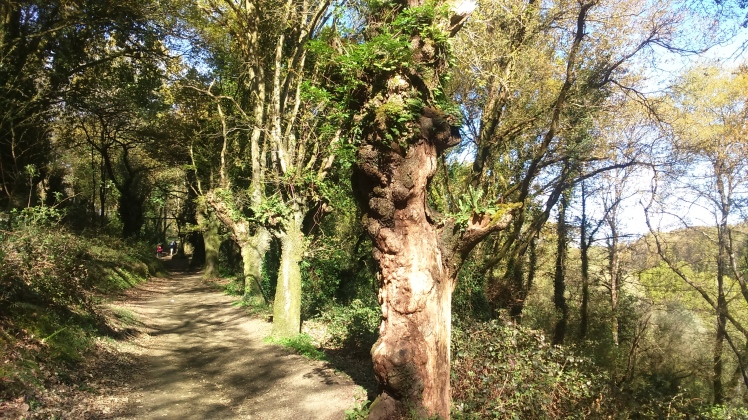 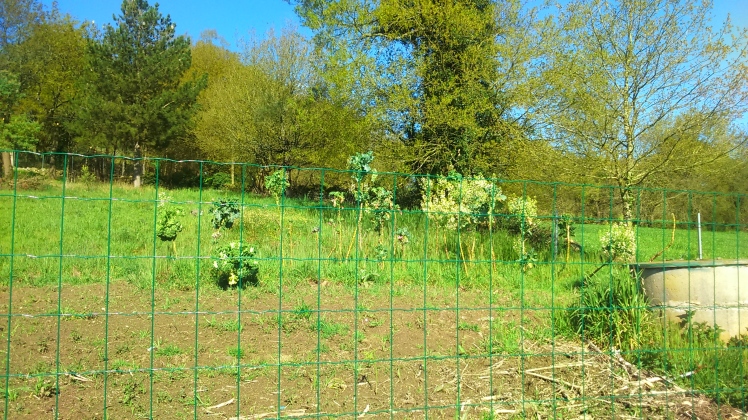 The new markers are now in place and the distance from Sarria to Santiago has gone from 108 in my guidebook to 114 according to the markers. Also the fake 100 km marker is gone, as is the former real one, and the lovely lunch spot Casa Morgade is no longer at 99.5 km but a slightly disappointing 101.966!

There was still a lot of mud along the trail after all the rain the week before, but it was just about possible to get round it without getting a bootful of the stuff. Just about. 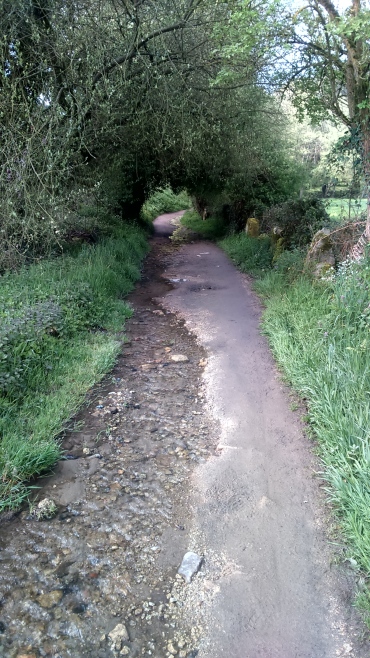 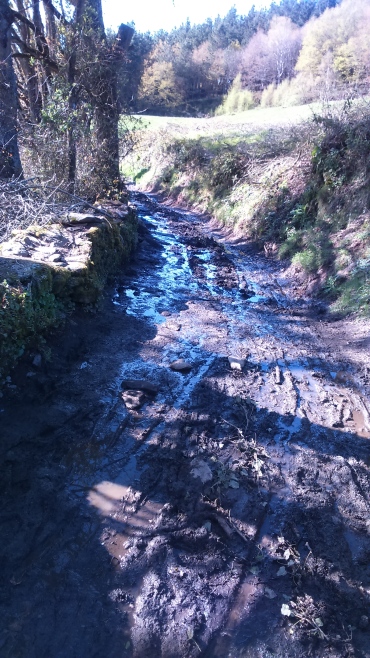 Most of the walk was gorgeous, sunny, quiet, and we started late so we had the trail more or less to ourselves.

We arrived at Mercadoiro in the early evening and found two beds in a side room that looked like a good idea at the time and met others for birthday cake before bedtime!

4 thoughts on “Camino 16: Day One – Sarria to Mercadoiro”